IPI proudly announced that they are officially a Carbon Neutral organisation!

In the UK, businesses account for over 85% of total greenhouse gas emissions, the biggest cause of global warming on our planet, making corporate action the number one priority in helping stop climate change. By offsetting their Carbon Footprint, IPI have balanced out their emissions to become Carbon Neutral.

ScS choose SVL and NICE CX One to drive a new era of omni-channel customer experience. 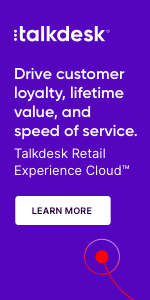 Is the misalignment of CX priorities driving you round the bend?